No matter the age of the audience, people always keep their ayes wide open when Diaghilev and his friends come to the stage. There is so much life, so much passion and so much effort involved… we are all under the spell: just think if Nijinsky had -or not- a double, if Pavlova lived embittered because she was never able to do more than three fouettés, or if this Karsavina’s pointe shoe that we see in the display cabinet was made by Nicolini himself.

I guided the students of the Escuela de Ballet Carmina Ocaña through the Ballets Russes exhibition at CaixaForum in Madrid. Under the watchful eyes of Carmina and Pablo, and accompanied by a diverse group of children, adolescents and parents -plus some clever stowaways who finally joined the crew- I got really excited to see surprised eyes and funny smiles when I said that just that same day -May 19th- but 103 years earlier, was the première of the Ballets Russes in Paris. That was the legendary opening night of Le Pavillon d’Armide, Prince Igor and Le Festin. Suddenly, we felt as if we were walking into their dressing rooms.

Four years ago, as the world was going to celebrate the 100th anniversary of the première of the company -the first big success and big economic failure of Diaghilev- I was asked to write an article about it for Por la Danza. It’s one of the commissioned works I’ve enjoyed the most, and I think it’s unnecessary to explain why.

[The read the full article, click here. Only in Spanish.] 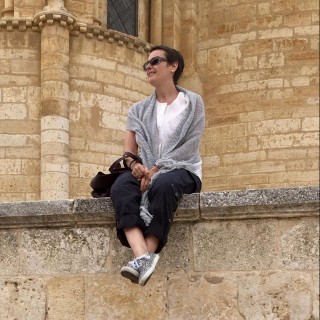